We are located at:

If you have any queries or wish to make an appointment, please contact us:

Get social with us. 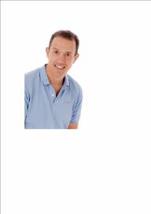 Kevin first came across physiotherapy aged 17 when he injured his knee playing rugby and was inspired to become a physiotherapist himself while watching one at work on a TV hospital programme. He met Helen at Brighton University where they were both studying for a BSc in Physiotherapy.

After graduation (Kevin with first class honours) and junior rotations at Bedford Hospital, the couple spent three years in Chicago where Kevin specialised in treating people with orthopaedic problems and Helen those with neurological problems. After time in Perth, Australia where Kevin took a Masters degree in Manipulative and Sports Physiotherapy, the couple returned to England in 1998 and settled down with their three daughters.

Kevin started the practice on Baldwins Lane, Croxley Green in 1998 which has grown from strength to strength and moved in 2011 from the GP surgery to buying the current premises on Baldwins Lane.

Kevin sees around 80 people a week from all walks of life, aged three to 102. They are suffering from all types of aches and pains and each has a different lifestyle and goal; some just to get out of pain; others to improve their performance on the sports field.

Kevin was the physiotherapist for Bedford rugby and football clubs and is now the senior physiotherapist for Hertfordshire rugby. He treats many county players plus others from local clubs, travelling around the country with them during the county championships. During last May’s (2018) final at Twickenham, Kevin could be seen live on Sky Sport, running on to the field with his bag! He also used to play for Fullerians and is still involved with the club having just finished (2020) 12 years as Club Chairman overseeing the new clubhouse development in 2018.

Kevin also teaches at the University of Hertfordshire, at Hatfield, giving practical classes to qualified physiotherapists who are studying for their masters degree, the MMACP.

Kevin has a pilot’s licence and has been known to take patients up with him as a birthday treat and donate as auction prizes for local chairities!